With the launch of the Nyansakia II Primary School crowdfunding campaign, the design team thought it would be valuable to share the thinking behind our crowdfunding design process when developing the campaign assets and identity.

When designing the crowdfunding assets, it was important to develop them with a distinct style different from the non-crowdfunding posts. At the same time, it needed to align with our mission of empowering communities to make more informed choices. The first decision was to avoid any stereotypes and tropes that Euro/American-centric audiences have of Africa, including the idea that Westerners are the ones bestowing dignity to a community which is otherwise helpless.

“Since Nyansakia II Primary School is within the Kisii County, with the predominant people being the Kisii people, we began by conducting extensive research into Kenyan designs, including contemporary designers and artists working today and traditional pieces of work from the Kisii region.”

The design team thought it was important to research the heritage and culture of Kisii to discover how we could celebrate it. We quickly identified patterns found on the Kanga (a traditional item of clothing popular in Kenya and East Africa) to be a major source of inspiration. Additionally, we learned soapstone carvings have a long history in the Kisii region, so we looked to the intricate designs found on carvings from local artists for further inspiration.

2- Inspiration for the Colours and Patterns

Following this research, we created patterns heavily inspired by both soapstone carvings and Kanga patterns to help form a distinctly Kenyan and Kisii voice as design elements for the crowdfunding assets. The colour palette is inspired by the vibrant and bold colours of Kangas, as well as the beautiful sunsets across areas like the Masaai Mara which Kenya is renowned for. To introduce subtle references to the WASH aims of the crowdfunder, the images use masks influenced by the shapes of water droplets helping to break up the geometry of the patterns.

Our goal was to create assets and a campaign which resonates with both Pan-African and Western audiences. As members of our design are White and British, we had to be careful to avoid colonising the design process, particularly as Kenya is a former British colony.

“Research into the culture and heritage of the community was crucial to begin to understand those our designs will represent.”

It is important to understand and acknowledge that regardless of how much research we do, it is still not our place to determine how a community is represented. Therefore, it was essential to discuss each stage of the design process with our founder Moses Tai to ensure we avoided misrepresentation and were building a system which celebrates, not tokenises, the community or culture.

There is a larger issue within the design community and Western audiences of viewing Africa as one homogenised continent, and with that comes the stereotype that African design is “less developed” than Western design systems like Swiss-Modernism. Africa is a diverse continent with a wide variety of cultures, languages, and people, each with their own design sensibilities and styles. As Western designers, we need to appreciate and respect this, giving voice to BIPOC designers, and understand there is not one ‘African design’, the same way as there is not one European design.

“We hope the design system developed for the Nyansakia II Primary School crowdfunding campaign helps to celebrate a vibrant community and continues the discussion of decolonising design.”

As our organisation grows, we aim to involve designers from the communities we crowdfund for and encourage them to build on and change the systems we have created so that they can choose how they want to represent their own heritage. 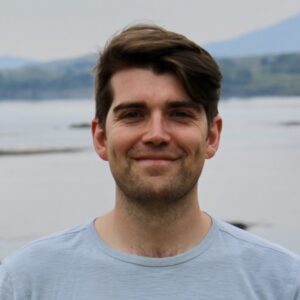 UK Aid Cuts: Who will carry the torch to replace essential investment into WASH access? 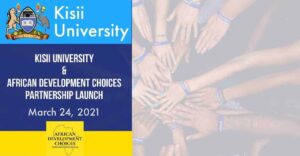 African Development Choices is a company limited by guarantee registered in England and Wales (number 12230293).